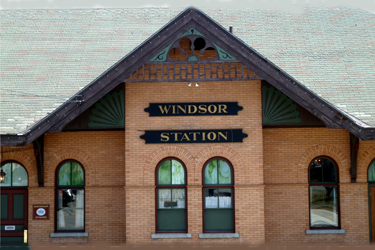 Regulations: VDHP is charged to fulfill our responsibilities under the Vermont State Historic Preservation Act and the National Historic Preservation Act to identify, preserve, and interpret historic resources on behalf of the citizens of the state and promoting them as significant components of our communities. This is achieved, in part, by the regulatory review and comment process for projects involving federal or state funding, licenses or permits.

When do I need a Historic Preservation Project Review in Vermont? click here

VDHP reviews and comments on projects under four regulations:

Permits for Archaeological Investigations on State Lands, State Archaeological Landmarks, or Under State Waters
The Vermont Historic Preservation Act (22 VSA 14, sections 764 and 782) directs the SHPO, with the advice of the State Archaeologist, to issue permits for exploration and field investigations to be undertaken on state lands, within the boundaries of a designated state archaeological landmark, or under state waters. State lands include all lands owned by any state agency, including but not limited to VDHP, Agency of Natural Resources, Agency of Agriculture, and Agency of Transportation. All permit requests should be made to VDHP.

NEPA requirements are invoked when airports, buildings, military complexes, highways, parkland purchases, and other federal activities are proposed. Environmental Assessments (EAs) and Environmental Impact Statements (EISs), which are assessments of the likelihood of impacts from alternative courses of action, are required from all federal agencies and are the most visible NEPA requirements.

Preserving Unmarked Burials
Native American and Euro-American burial grounds are sacred places that are particularly vulnerable to accidental disturbance. Vermont state law prohibits disturbance of burial sites of any kind, even on private land. Burial sites can be marked with memorial stones or unmarked, with no aboveground indicators.