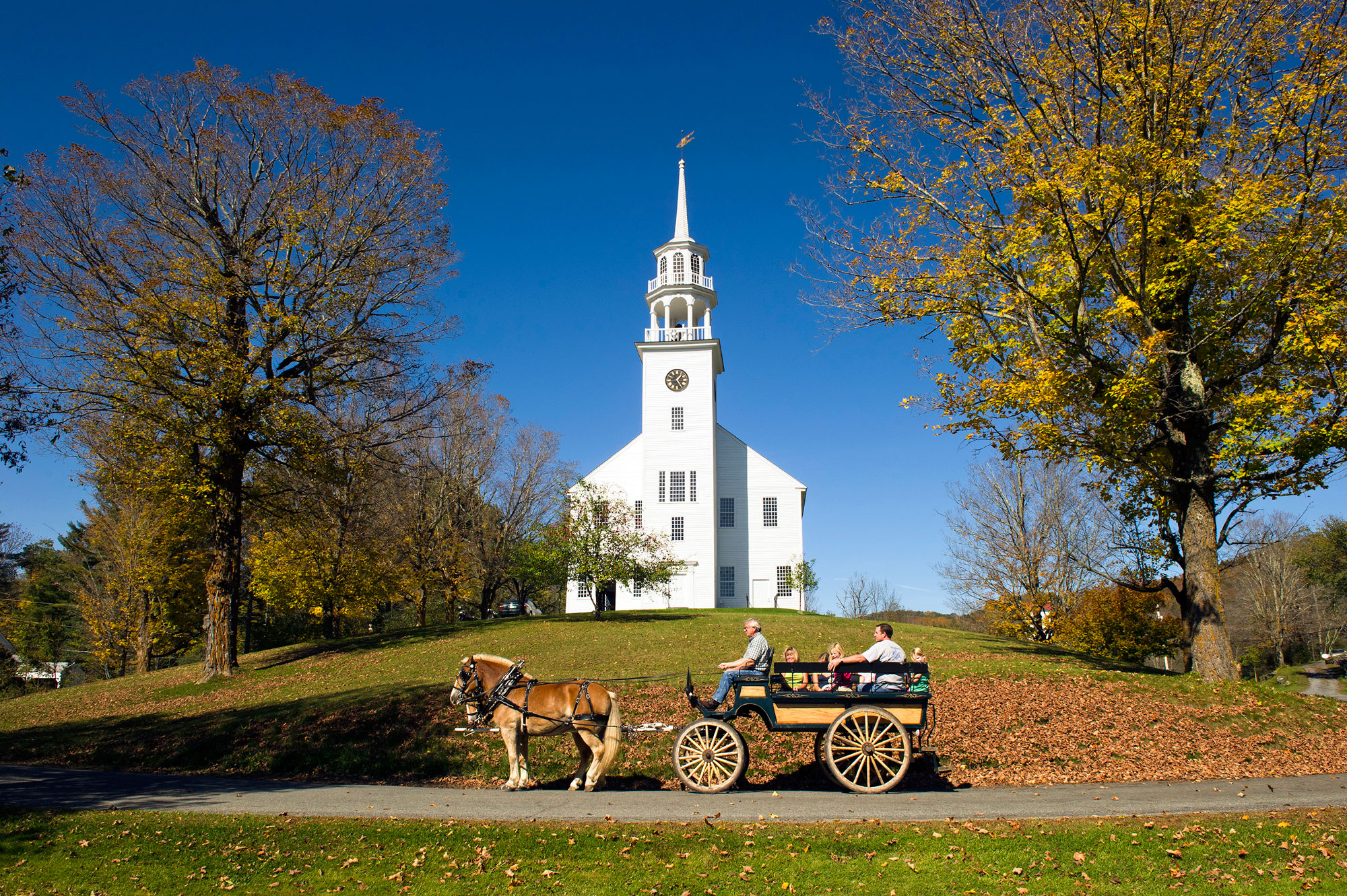 Montpelier, Vt. – The classic Vermont village of our imagination – the church with a steeple, the smell of a freshly mowed town green flanked by mature maples and stone walls; a babbling brook, a nearby historic general store, post office, and an assortment of authentic historic homes – exists today in Strafford, Vermont.

The State Downtown Development Board approved the town’s applications to officially designate South Strafford and Stafford Village. The villages respectively became the 150th and 151st village centers officially recognized by the state.  The Board celebrated this milestone in the program with ice cream from Strafford Creamery, a one-farm, one-family dairy.

“Since 2002, $5.3 million in state tax credits for building and code improvements has helped spur over $60 million in private investment to rehabilitate historic buildings in Vermont’s villages,” said Katie Buckley, Chair of the Downtown Board and Commissioner of the Department of Housing and Community Development. “In the last five years, interest in the financial incentives along with the incredible support by Vermont’s Regional Planning Commissions have increased the number of village center designations by 70%.”

“Strafford Common with the iconic Town House and the Senator Justin S. Morrill State Historic Site are among the many cherished landmarks of our community,” said Toni Pippy, Chair of the Selectboard.  “The recognition and funding opportunities that come with the village center designation is welcome news to the town and our local businesses.”

Since 2002, Vermont’s village center designation program has worked to support local revitalization efforts across the state by providing technical assistance and state funding to help designated municipalities build strong communities. Once designated, communities receive priority consideration for state grants and access to technical assistance through the Department of Housing and Community Development within the Agency of Commerce and Community Development. In addition, qualified commercial building owners and nonprofits within are eligible for state tax credits to support exterior and interior building improvements.  As of September 25th, 152 villages are designated across Vermont. To learn more about the program and its benefits, contact Richard Amore, (802) 828-5229 or visit http://accd.vermont.gov/community-development/designation-programs/villa....

About the Vermont Agency of Commerce and Community Development