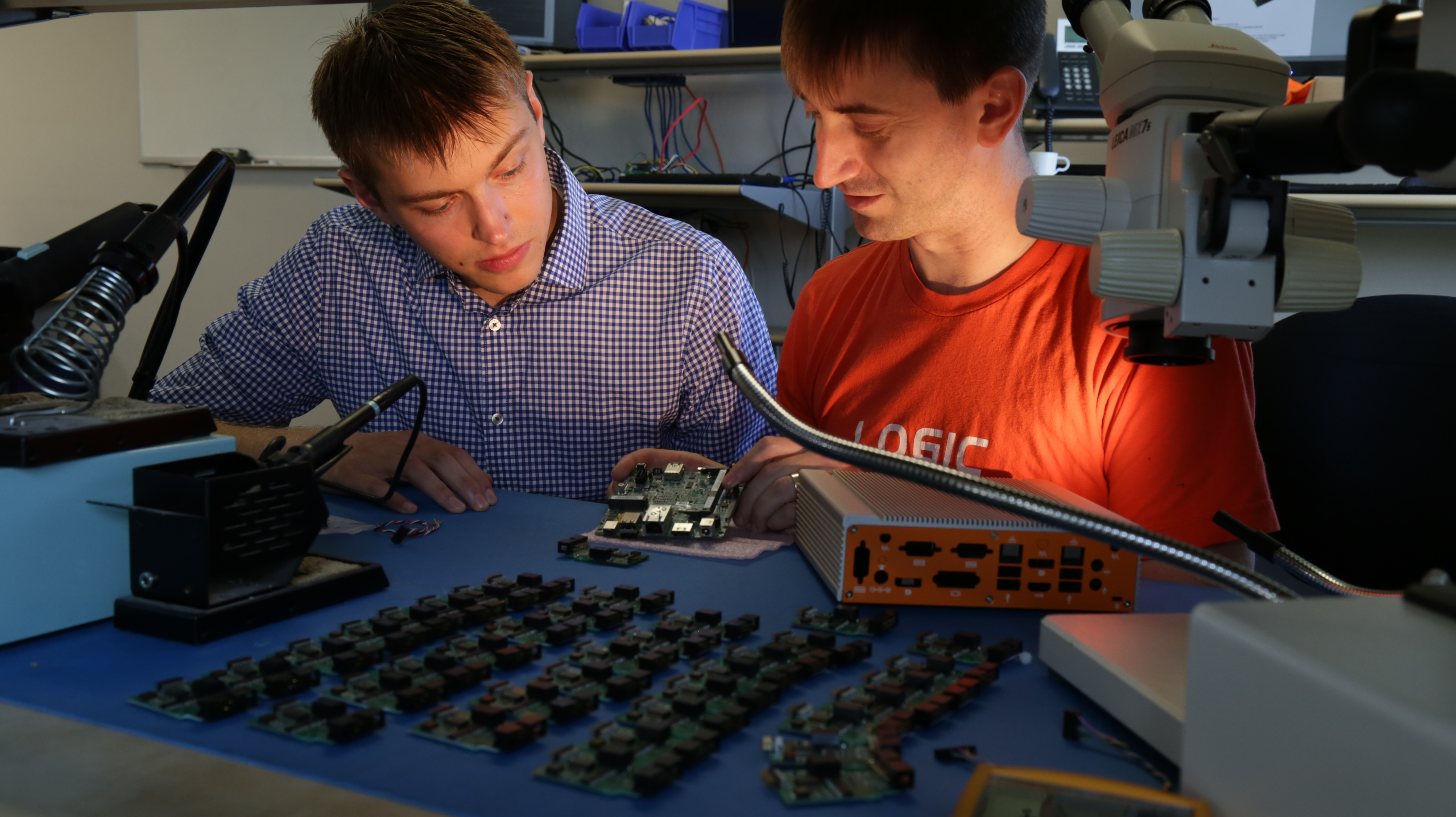 Logic Supply was founded in 2003 by Roland and Lisa Groeneveld to serve an expanding market for small-form-factor, rugged computers. The business has grown steadily over the years. Logic Supply computers are typically used in specialized, single-purpose systems. They power kiosks and digital signs, control pieces of machinery and medical equipment, and are used throughout the evolving Industrial Internet of Things. Logic Supply clients include BioTek, Pwnie Express, NASA, Intel, GE, General Dynamics Mission Systems, Comcast/NBC Universal and many others. In 2010, Logic Supply opened a dedicated office in Taipei, Taiwan. In 2011, Logic Supply began operations in Europe, based in the Netherlands. The company now employs more than 100 people in its Vermont, USA headquarters. Logic Supply is developing a new manufacturing & warehousing facility to expand its existing South Burlington campus.

The Vermont Employment Growth Incentive (VEGI) is an economic development program designed to support Vermont business growth and expansion. VEGI provides goal-based incentives based on the return generated to the State by businesses that have been authorized to earn the incentive and meet performance requirements. Similarly, the Vermont Training Program provides performance based workforce grants for pre-employment training as well as training for new hires and incumbent workers. VTP grants fund up to 50 percent of the cost of approved training, with the remaining costs borne by the employer.

With its headquarters in Vermont and operations in Europe and the Netherlands, Logic Supply had to decide where to invest and grow in order to best support its increasingly global customer base. On October 26, 2017 the Vermont Economic Progress Council (VEPC) voted to approve Logic Supply’s Final Application for the 2017 VEGI for their planned expansion project.

"We’re frequently asked how we’re succeeding in an industry that's not traditionally associated with this region of the country or even the world," said Logic Supply President, Sean Larkin. "The support of the State, including VEGI incentives and VTP grants, has been a key component. In the last few years, we’ve added over 40 new jobs and increased our average wage by 30 percent. The state of Vermont has been instrumental in our drive to create opportunities for Vermonters and grow the business.”

“We need to make sure we use our economic development funds wisely in Vermont. Logic Supply is exactly the kind of business the State of Vermont should be supporting and is proud to support,” said Governor Phil Scott. “VEGI incentives and VTP Grants are provided to employers who not only have demonstrated a commitment to staying in Vermont, but also to grow in Vermont. We want to do whatever we can to attract and keep small businesses and growing companies in the State.”

Conditioned on creating 83 net new jobs by the end of 2020 and the completion of an $8.5 million capital construction project for a brand new Manufacturing & Warehousing facility, up to $757,000 will be earned by Logic Supply over five years, provided annual performance requirements are met. Logic Supply plans for the permitting and construction process to begin in the fall of 2018 and will immediately begin recruiting for new roles with the company.

“Without the VTP funds, Logic Supply wouldn’t have the ability to recruit, hire and onboard so many new positions or train up our existing Vermont-based employees to meet our customer needs,” said Logic Supply’s HR Director, Heather Adams. “This support from the State is critical to Logic Supply keeping and growing jobs in Vermont, as opposed to other states or international locations where there is a larger talent pool of experience within the industrial PC and IOT industries. We’re not only creating jobs for Vermonters, but also bringing much needed talent and expertise to Vermont from other regions.”

A leading Industrial PC company, Logic Supply designs highly-configurable computers engineered for reliability. Their systems operate in the harshest environments and power innovation in the evolving Internet of Things. Fueled by a unique direct-to-customer business model that combines vertical integration, modular product design and a powerful online platform, Logic Supply offers computers “designed to last, built to order, and delivered in days.” Founded in 2003, the company has served more than 60,000 customers. Logic Supply has offices in North America, Europe, and Taiwan. See why today’s technology companies Depend on Logic at www.logicsupply.com and on Twitter at @LogicSupply.