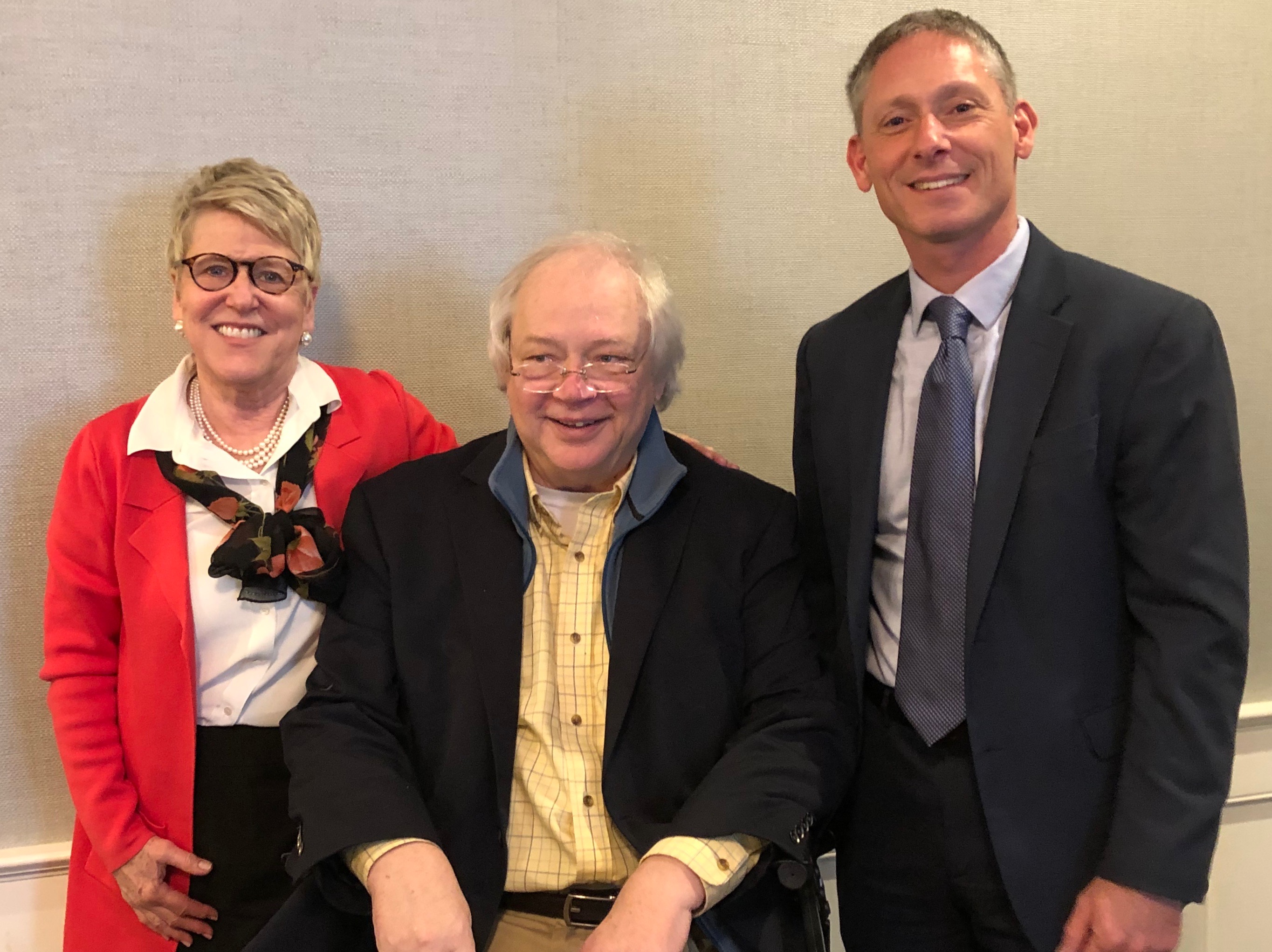 “These two Vermonters have touched nearly every community in Vermont – from mom and pop general stores to large manufacturers – providing technical assistance, leadership, encouragement and financial assistance that has led to thousands of jobs being created, the preservation and creation of important places, and a better Vermont to live, work and play in,” said Agency of Commerce and Community Development Secretary Mike Schirling. “Over their careers they have inspired countless entrepreneurs and community leaders to take risks that have led to a stronger Vermont.”

Bruhn, who lives in South Burlington and grew up in and around Burlington, was U.S. Sen. Patrick Leahy’s first U.S. Senate campaign manager and chief of staff in 1974.  After returning from Washington, DC, Bruhn became the first Executive Director of the Preservation Trust of Vermont, a non-profit organization that helps communities and individuals preserve and use historic and architectural resources.  Since 1980, Bruhn has led efforts to help more than 1,500 local projects – from supporting general stores to preserving Mad River Glen’s single chair.  Bruhn also advocated for the creation of multiple economic and community development programs including Barn Grants, Historic Preservation Grants, and Downtown Tax Credits.  His efforts led Schirling to rename the award in his honor going forward.

Bradley, who lives in South Burlington, has served as CEO of VEDA, Vermont’s economic development finance lender, for twenty-two years.  She graduated from Johnson State College and received her MBA in Finance at Boston University.  Bradley previously served as Vice President of Salomon Brothers in Boston and as Deputy Secretary of the Vermont Agency of Commerce and Community Development under Governor Howard Dean.  During her tenure as VEDA CEO, Bradley and her team have grown the Authority’s total assets from $65 million to over $300 million. Under her leadership, VEDA expanded  many of its financing programs, most notably its small business, agricultural and energy lending.  Bradley has announced she will be retiring from VEDA at the end of March.

“Vermont businesses and farms take risks every day with the goal of making Vermont a better place,” said Bradley.  “I’ve been honored to work with the great staff and board at VEDA, the skilled and dedicated lenders across the state, and VEDA’s many economic development partners to help these businesses and farms grow and thrive, creating job opportunities for Vermonters.”
###