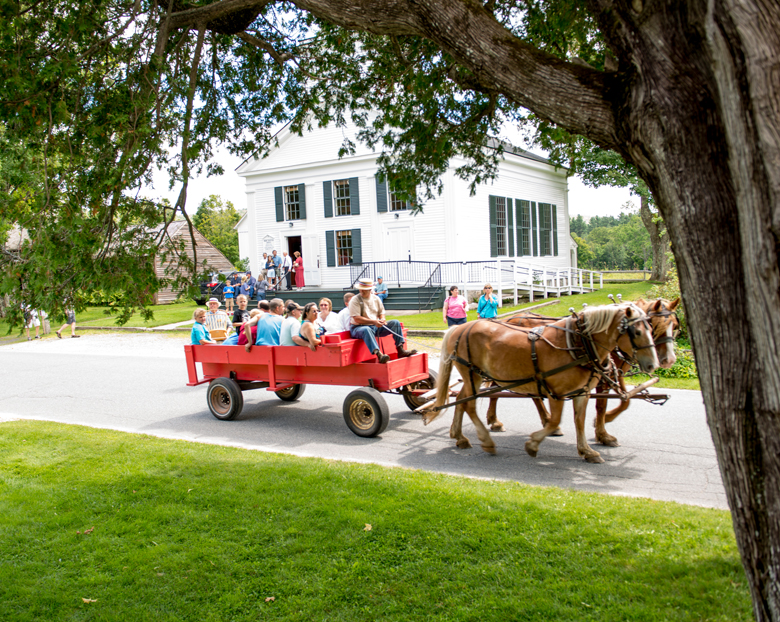 Montpelier, Vt.— When President Calvin and First Lady Grace Coolidge were preparing to leave the White House in 1929, the press noted the great volume of gifts that required packing. There were scores of personal and humble presents, such as mittens, walking sticks, and coverlets that American citizens had made for the president and first lady.

Examples of these, along with resplendent gifts of state from around the world, are featured in the new exhibit Expressions of Esteem: The Coolidge Presidential Gifts, opening at the President Calvin Coolidge State Historic Site in Plymouth, Vermont, on Saturday, May 28.

Memorial Day weekend also marks the opening of several other state-owned historic sites, each with special events and exhibits planned for the 2016 season:

A visit to one of Vermont’s State Historic Sites makes for a terrific family day trip. Most of the sites have associated trails that satisfy those wanting to enjoy the outdoors. Exhibits, programs and events at each of the sites provide a great variety of opportunities to experience Vermont’s “history where it happened.”

For more information about hours of operation and a calendar of events, visit www.HistoricSites.Vermont.gov. Join the conversation at Vermont State Historic Sites on Facebook.