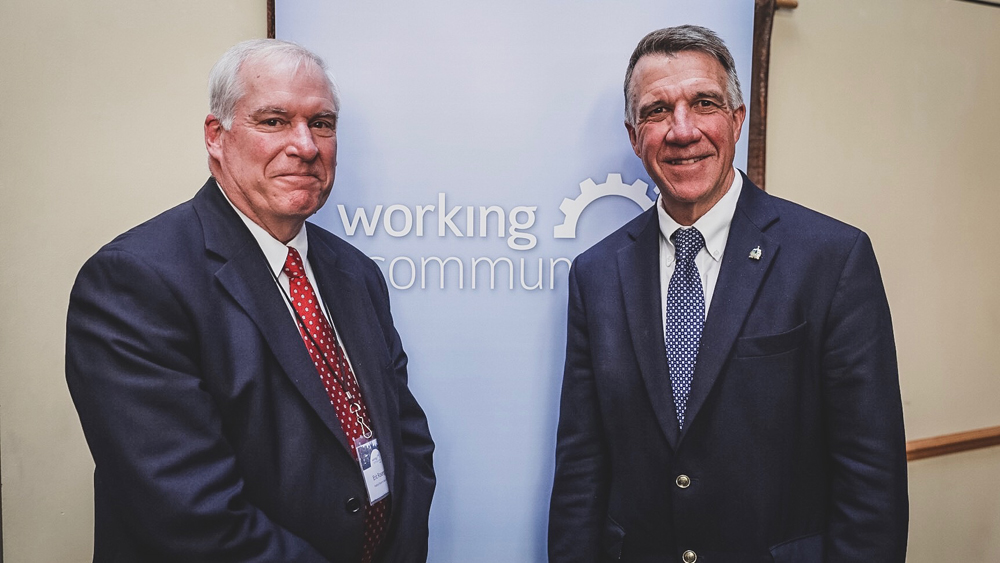 The challenge works to create economic opportunity for lower-income regions and residents by supporting collaborative efforts that build vibrant, healthy economies and communities. This unique three-year grant competition is sponsored by the Boston Fed, the State of Vermont, national and local philanthropy and private sector employers.

Governor Scott’s Administration, under the Agency of Commerce and Community Development, has committed $100,000 toward program implementation and played a leadership role in recruiting other partners, who’ve pledged over $1 million to support Vermont communities. As part of the initiative, communities across Vermont can apply for funds to address local economic issues that affect lower-income residents. Applicants are encouraged to focus on sustainable development, increased economic opportunities, poverty reduction and better social outcomes for residents.

“We are excited to bring the Working Communities Challenge to Vermont, and we’re thankful to Governor Scott and our funders for the support that helped get us here,” Rosengren said. “Partners from across the state, region, and even nationally worked together to make this possible. We’ve learned a lot during our Connecticut, Massachusetts, and Rhode Island competitions, and I’m looking forward to seeing how those lessons can be adapted to the unique needs of Vermont’s communities.”

“As my Administration works to strengthen the economy throughout the entire state, this program is a great opportunity to support economic development through community collaboration,” Governor Scott said. “I’m pleased that the Boston Fed’s Working Communities Challenge will give us another tool in the toolbox to help expand economic growth in our rural towns and villages.”

The initiative is built on Boston Fed research about why many of New England’s small cities have struggled economically over the past half-century. Boston Fed economists quickly discovered what made a difference: successful communities had leaders from private business, public and nonprofit sectors that collaborated on a shared, long-term vision for their community.

To help communities do this, the Boston Fed partnered with New England states to launch a competition that aimed to support diverse, local, collaborative leadership teams as they tackled complex challenges within their communities. The challenge includes funding to accelerate promising local work, with a focus on increased economic opportunities for residents.

The competition began in smaller, post-industrial cities in Massachusetts, Rhode Island and Connecticut. Now, the Boston Fed and Vermont leaders are adapting the competition model to the needs of rural towns, regions and smaller cities in northern New England.

Nicole Grant, director of Connecticut-based Avangrid Foundation, the philanthropic arm of the energy company Avangrid, said the foundation has seen the positive impact of the Working Communities challenge first-hand.

“Bringing this effort to other New England states, including Vermont, will only help the New England economy become stronger, and lift up the region as a whole,” she said.

“We’re excited for the potential of this work to advance economic opportunity in a way that works for towns and small cities, because we know this is critical for health,” said Katrina Badger, program officer at the Robert Wood Johnson Foundation and member of the steering committee. “We think adapting this cross-sector model will offer important lessons for economic and social wellbeing in rural places across the country.”

“National Life Group’s values are to do good, be good and make good,” said National Life Group Foundation President Beth Rusnock. “When we heard about the Working Communities Challenge, we knew we wanted to be a part of this opportunity to do good. The Challenge will bring people together, create comprehensive, well-planned approaches to community needs, and provide skilled technical assistance and leadership training to each community selected.”

A steering committee made up of public, private and nonprofit leaders—including representatives from National Life Group Foundation, NeighborWorks America, the Doris Duke Foundation, the Vermont Chamber of Commerce, and the Vermont Community Foundation—will design the structure for the competition, which is expected to begin later this year.

Eligibility criteria for communities, as well as information about the grant application process, will be released shortly.